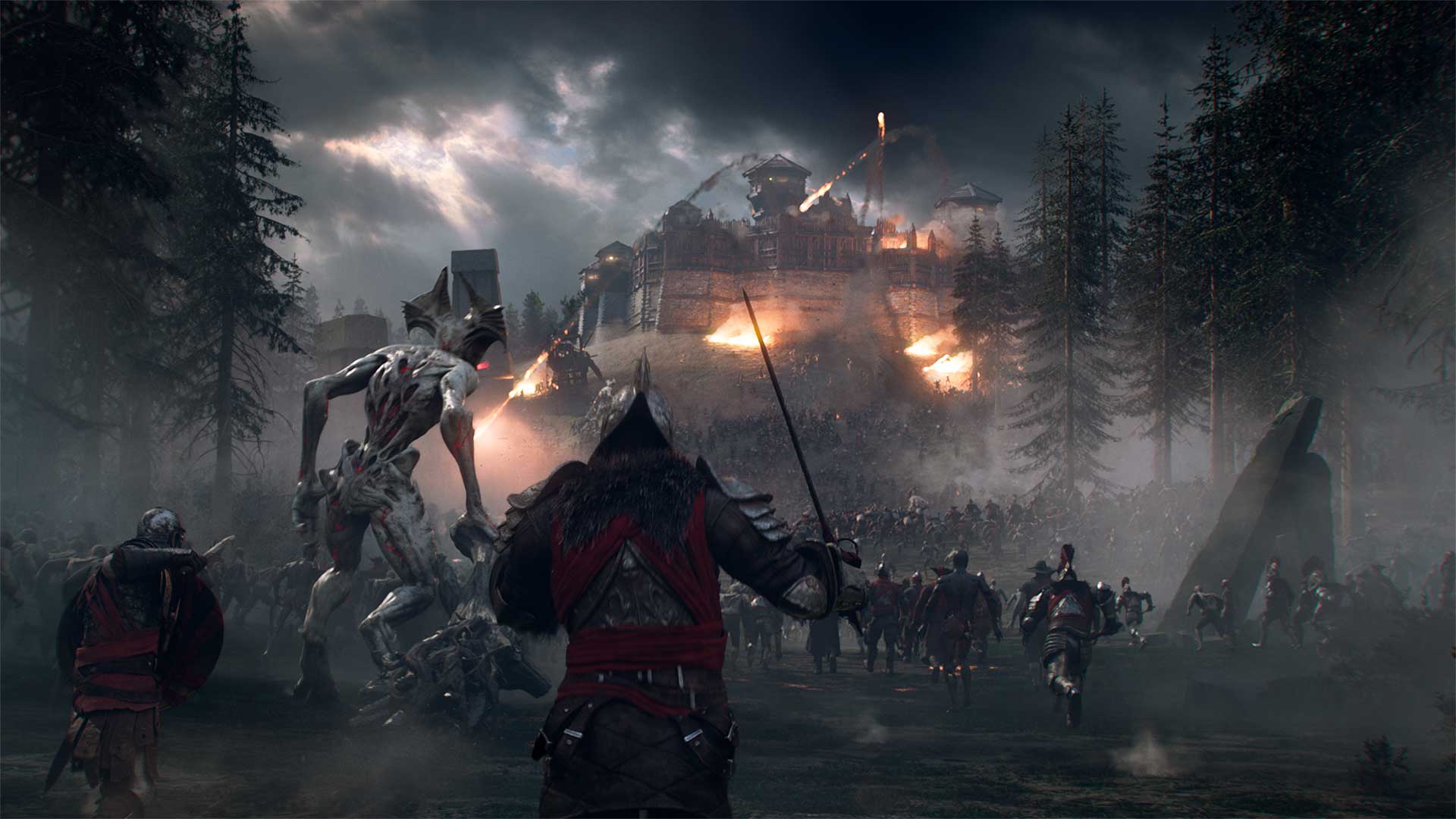 This is not just a vent from a PvP-liking dude, please just read if you have preordered or want to.

TLDR: Game was full PvP until few months ago and consequently it appealed the PvP crowd. Now they announced it is going full PvE without actually having decent PvE content close to release. This says a lot also about their future decision making.

New World closed alpha ended on June 2019. It was a free-for-all PvP with consequences on death (full loot for criminals, inventory loot for non criminals). Until the very last day, people were fighting over resources and cities, alliances and enemies were forged, and the “pvp niche” of the game was promoting the game left and right. Despite the game having zero PvE, there was still a crowd (however small perhaps?) ready to buy the game for its PvP content. The game spirit was pretty much summed up by Studio Director Patrick Gilmore:

“The spine of the game is player versus player combat. You’ll probably be murdered in New World. So, yes, players will be able to freely kill other players, but we have a number of systems like Sanctuary and Criminal Justice, which add interesting consequence and drama to that experience. I came to realize that the constant press of danger was fundamental to the thrill of the game–making New World a peaceful world would deprive players of the stakes and drama of trying to forge a new life in an uncaring and supernatural wilderness.“

As of 10 hours ago, we know that New World won’t host free-for-all PvP (and it won’t host PvP servers). Many folks here will indeed be happy about this, thinking of New World as a potential new PvE-crowd friendly MMO. But as of June 2019, NW didn’t also have quests, raids, or even interesting PvE whatsoever. There was literally NO PVE worth doing, other than mass killing bunch of monsters to level up quickly (which caused PvP fights for the best spawning spots on the map). There were around 10 monster species and only a third of the original-thought map had been built. Considering the game was in alpha and lots of other content was missing, there is a zero chance that worthful PvE mechanics are going to be added before April/May 2020. Infact, the only PvE that has been added is supposedly a “monster city siege” which only city-owning clans will experience (and is that really fun? I’ll leave it to you). At launch there won’t be raids or dungeons. And again, there won’t be quests. And the skill system is basically non-existent (combat was very arcade, dark soul like with only 1-2 “combos”).

What you’ll find at release is a good looking game, averagely polished animations, with barebone PvE and no open world PvP. You won’t have NPC interactions and are left completely alone to level up and group up. There are no NPC cities. It will feel like playing a 3rd person Rust with optional PvP. Is this appealing to the PvE crowd ?

Yes, there will be a rush to own one of the 20-30 cities available, and the resources to build them, but there won’t be the possibility to fight over them, since anyone can opt-out of PvP. Even sieges have been reduced to 50 vs 50 instanced fights. Basically they took the short road to “fix any problem” they think the game had, instead of:

The “spine of the game” has been ripped apart and replaced by a rushed one. No game studio, no matter how big, can entirely change the game in half a year. IMHO, the budget of New World has been heavily reduced to make space for the newly announced LOTR MMO (which made a lot of people speculate that New World was shutting down for good). New World right now is the shadow of what the game was supposed to be, and I think it has been forced to launch early to make space for the development of LOTR (as somewhat confirmed by anonymous dev comments). No good MMO has ever been built in such a short period of time.

So, I don’t mind if you like PvE or PvP, but be aware that you might be in for a lot of disappointment. I strongly suggest everyone NOT to preorder but to check gameplay and reviews AFTER launch before buying the game.