On July 14, three days before Albion’s first anniversary, the biggest battle in the history of the game took place on Cumbria’s northern shore.

The War in Cumbria rages as reset day draws near. ALONE and POE, as they have for many months, battle over the lands of Cumbria. POE (Partnership of Equals), has been pushing into ALONE lands since ALONE took the entire continent on Reset day.

ALONE needs to defend its warcamps daily to prevent POE from launching free attacks into their territory. ALONE is often outnumbered by POE, who employ the SQUAD alliance (led by Blue Army) to assist them in their fight. However, that doesn’t make ALONE weak: they hold their own in battle, despite being constantly outnumbered. 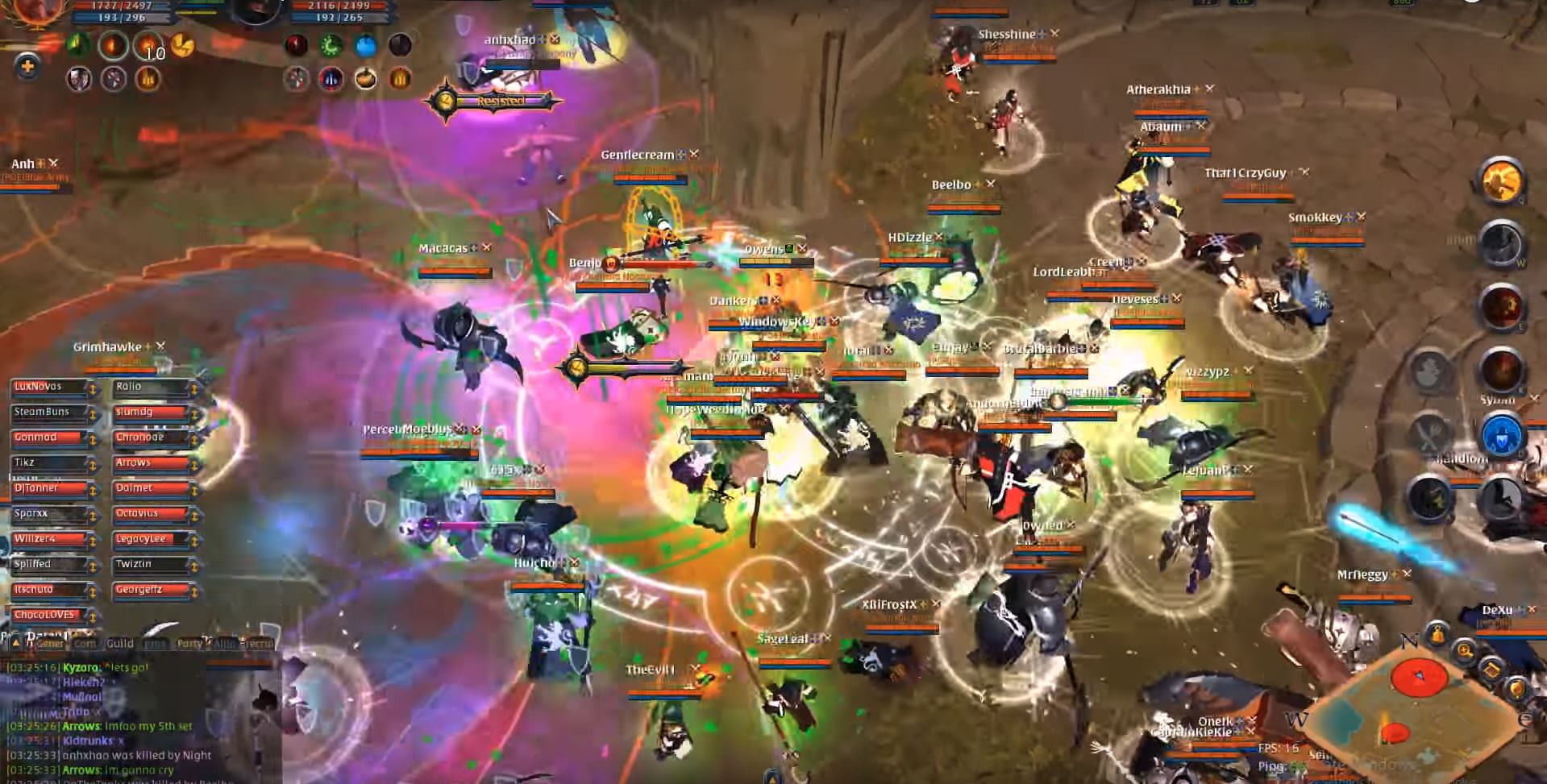 Team Casualty, the leader of ALONE, is currently first place in the rankings. Every season point matters right now. To stay ahead, it needs to hold on to as many territories as it can. With territory reset coming this Saturday, it only needs to hold on to these territories for a few more days, which means every warcamp matters.

On July 14th, just days before Albion Online’s first anniversary, the stars aligned for a massive battle in the Outlands.

ALONE readied their defenses as their scouts reported POE massing for the attack. 141 ALONE strongmen marched to battle to meet the combined forces of SQUAD and POE, 225 men strong, marching under POE banners. They met in what is, based on total Kill Fame, the largest battle in Albion’s history, with 1089 deaths that will stain the Swamps of Cumbria red for generations to come. (Check out the full stats on the Killboard).