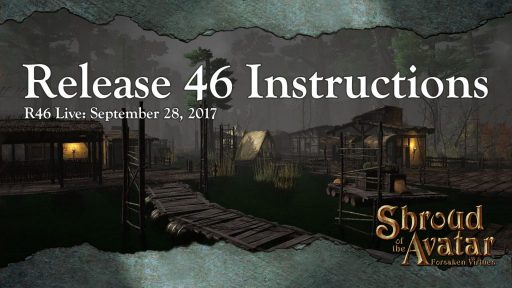 Release 46 is the first release where we are starting to truly focus on our Top 10 Priorities for Launch. While we were able to make considerable progress on our targeted work of scene rebuilding, side quest creation, new creature addition, and more, we also began to spend more time on performance than ever before.

Load Times:  After three weeks of focused work, we were able to reduce load times on even the most complex maps to approximately 30 seconds, even on platter drives. We have many more optimizations planned in the next quarter for our city maps (which are still problematic) to further reduce load times.

Worldbuilding: Once again, a huge amount of work went into worldbuilding and scene polish this release. Seven different scenes along the paths of Truth and Courage were either rebuilt, polished, or adjusted this release, including a massive rework of the Blackblade Pass area. Additionally, we created the final outskirts map: Highvale Outskirts. This new scene represents hours of new user play time along the Path of Courage. 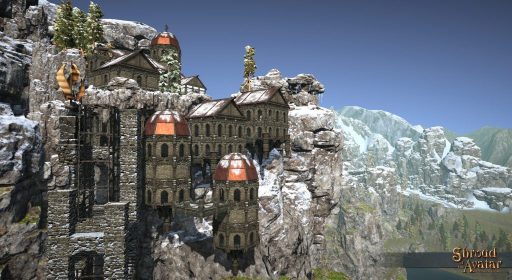 Quest Polish and Side Quests: In addition to scene polish, we spent significant time creating and polishing quests along the Paths of Truth and Courage. We added nine new side quests, including some that reward players with new virtue banners that were created this release. We also completely reworked the Malice dungeon, where the finale of the Love path takes place.

Stealing Rework: We have done a major rework of the Stealing System. The fines associated with stealing now escalate in cost each time you are caught and start much lower than they did before. Also, the number of times you are caught is now recorded by each town’s Magistrate so they can determine these escalating fines.

Halloween Content: This is one of our favorite times of year! To help make it extra special, we have added several spooky new items to the game, including a new prison home, pillories, prison cages, jack-o’-lanterns, and an incredible Headless Horseman Grim Reaper statue.