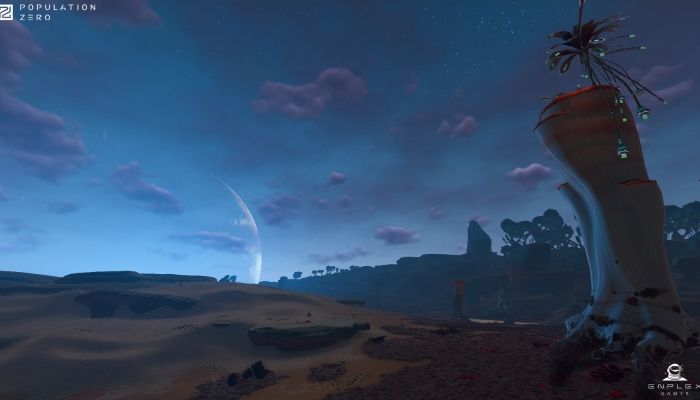 Population Zero is a distinctive blend of survival and MMO set on the planet Kepler, an alien world far on the periphery of mankind’s own knowledge. As with all frontiers, the world will resist those who try to explore it, plumb it for resources, and vie to uncover its secrets. The creatures that inhabit Kepler will become for the player not just a source of valuable resources, but clever and skillful enemies, each of which is unique in its behavior and abilities and has its own role in the ecosystem of the planet.

Research a plethora of technologies to drive you and your faction’s fortunes higher. Uncover a deeply shrouded mystery of the world before you arrived. Develop your character to be unique among the thousands, in a world where the actions you take drive your progress in a multitude of skills. Population Zero is a survival game unlike any other, an MMO different from those before it, and an experience that will bring friends closer together over the shared goal of exploring and conquering the new frontier.