After taking a close look to your feedback and data we were gathering, we have done many awesome changes and upgrades on how Gloria Victis open world PvP looks like!

First of all: we have changed Twinfall and Leaktown into guild castles, also we have introduces two new, much smaller guild forts – Lublin and Norfolk – to fight for, creating some space for smaller guilds.

We have also introduced a new workers system! From now on, alive workers in guild-controlled locations will produce resources over time which can be taken by a guild ruling given province, or with force by enemies.

Also, as we believe that there are players willing to leveling their characters through PvP we have increased exp gained by fighting with your enemies both on open PvP and arenas. 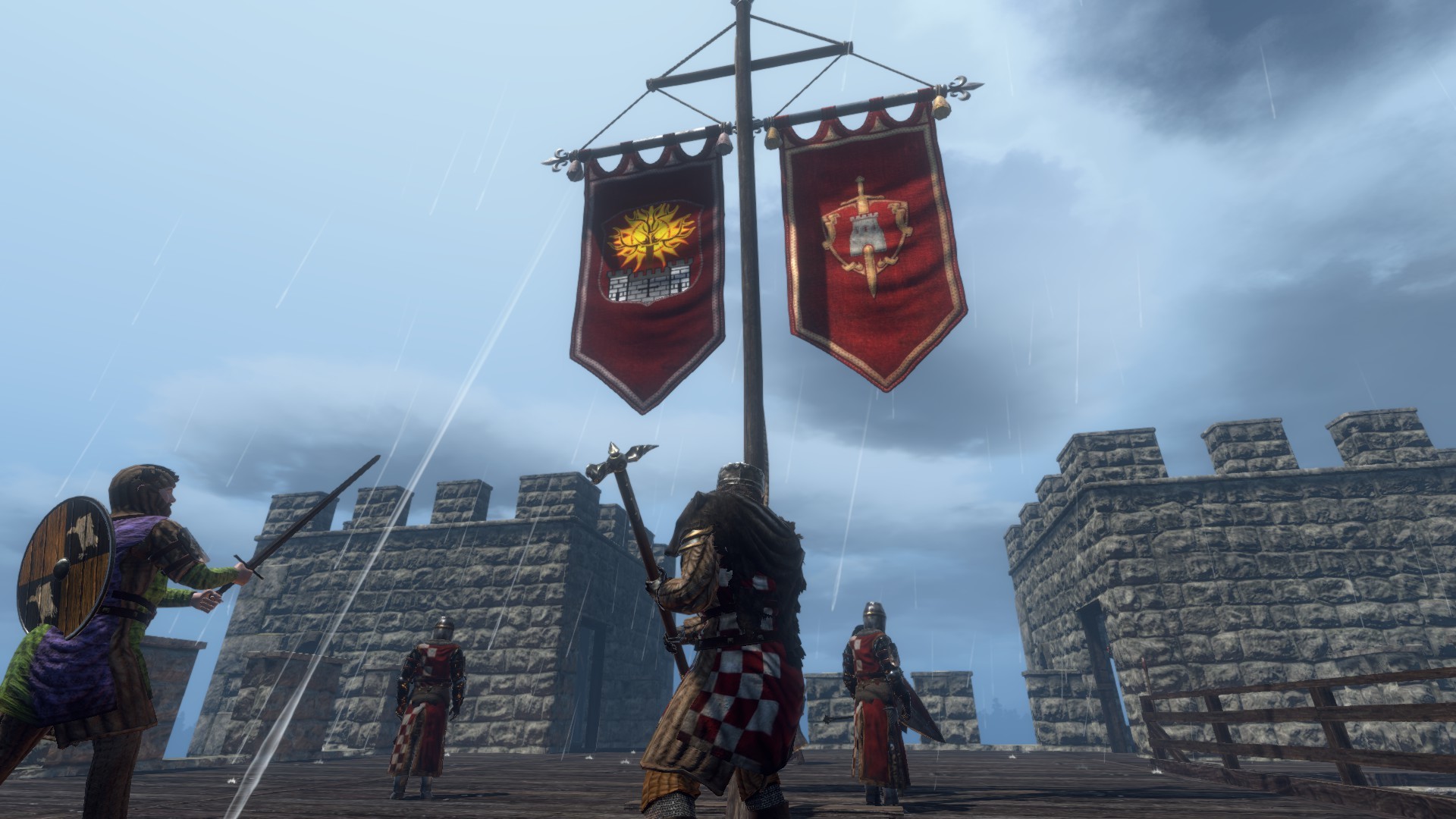 – Introduced the Soft Lock system which asks player to choose main server which can be changed freely once per week; when player is not playing on his main server, he won’t receive bonuses from flags controlled by his nation and he can’t loot the workers chests; if it will be needed, this system will be expanded
– Introduced workers system in guild-controlled locations – workers are gathering resources and storing them in the upgradable storehouse which guild members can freely take, or other nation users can take by force (destroying the storehouse door first); these doors can be destroyed and looted anytime, but outside of the server’s primetime (starts 9h before the server’s 1st tournament and ends 2h after the last one), resources are collected 3x slower; also, killing enemy workers slows down collecting resources in given location and if there’s no worker alive, no resources are being collected (they have 1 hour-long respawn); supply chests can’t be looted from players who set different main server; it’s the first iteration of making the central part of the world more alive and interesting outside of the State of War time
– Workers are spawned by upgrading the resource nodes (farms, lumbermills and mines) in guild locations – each location increases the amount of workers and the last upgrade spawns a worker which is placed inside the walls so can’t be killed freely
– Changed Twinfall and Leaktown into Guild Castles
– Introduced two new small guild forts: Lublin and Norfolk
– Twice increased the experience gained from Open World PvP, Duel Arenas and introduced 0.25% of that experience for kills in the training Arena
– Improvements to the AI pulling algorithm to make it harder to take castles overnight
– Adjusted the guild province Token price – now it’s set to 3 gold 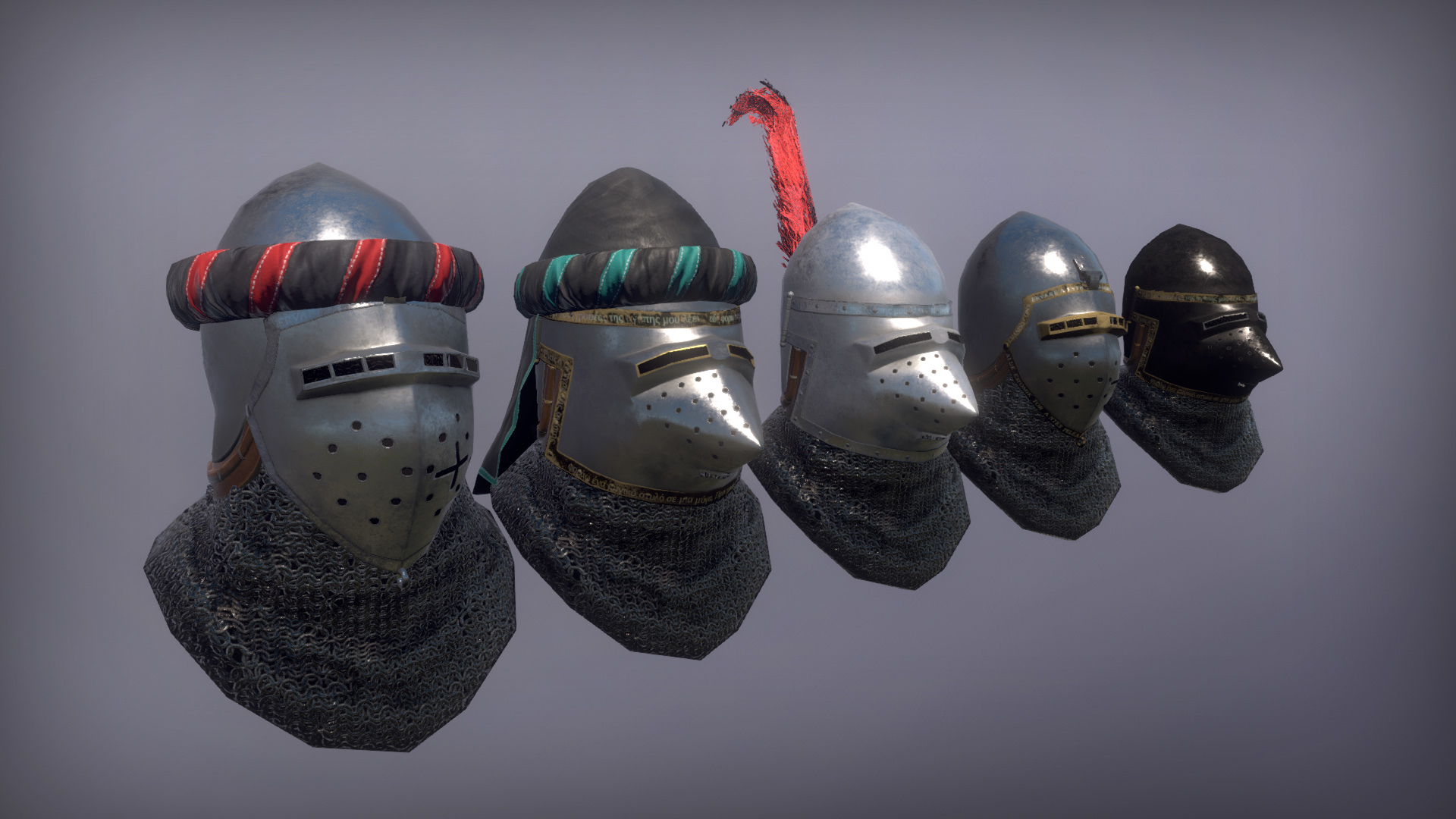 – Introduced new model of the Champions Heavy Helmet and added 5 skins available for it.
– Rebalanced rewards for completing the starting quests (players will end with about 5 times more money and higher level than before)
– Introduced ability to freely change the chat color on your own
– Updated changing color of the guild Coat of Arms and done some minor UI improvements.
– From now on, you can see the quality of items in the Market window
– UI improvements of the Market offers limits window
– Improved search window in the Market window, it now searches the items’ names for both user language and English
– Minor server side optimizations (we are going to run next round of performance tests and improvements this week)
– You shouldn’t be able to wear random items like planks on your body slots by a bug anymore
– Fixed an issue which could make an NPC invisible in edge case, after staying AFK for longer than 60 seconds and then moving around
– Added small buff to moonshines (reminder: moonshine is a material for further production, so it’s overall buff strength is adjusted for that matter)
– Removed crafting tasks from the starting quests, since many new players had issues with finishing them
– Rebalanced rewards in all starting quests of all nations