Since this is the first screenshot we’re releasing of the game, we thought it would be fitting to make it a preview of character creation — the first thing most players will encounter when playing the game.
Why show character creation first?  A few reasons:
– This a functional prototype of character creation (with actual 2D and 3D game assets), not just a mockup. The character (the Knight archetype) is a fully modeled and animated avatar.
– That character will give you a small taste of the Character art style.  Compare this character to our concepts, you can see that we’re shooting for a fairly literal translation of the style.
– This shot shows off the initial class (archetype) selection options, exposing the wide array of base characters (archetypes)
– It also provides solid hints at the inner working of a handful of core systems: Combat, movement, skills, advancement and (of course) character creation / customization
– It showcases the user interface style.  As you can see, we’re going for a streamlined and modern look — emphasizing quick access to game information over the standard “parchment and leather” fare.
There is more to this one than meets the eye… the clues are there, for those with a solid design instinct and an eye for detail. 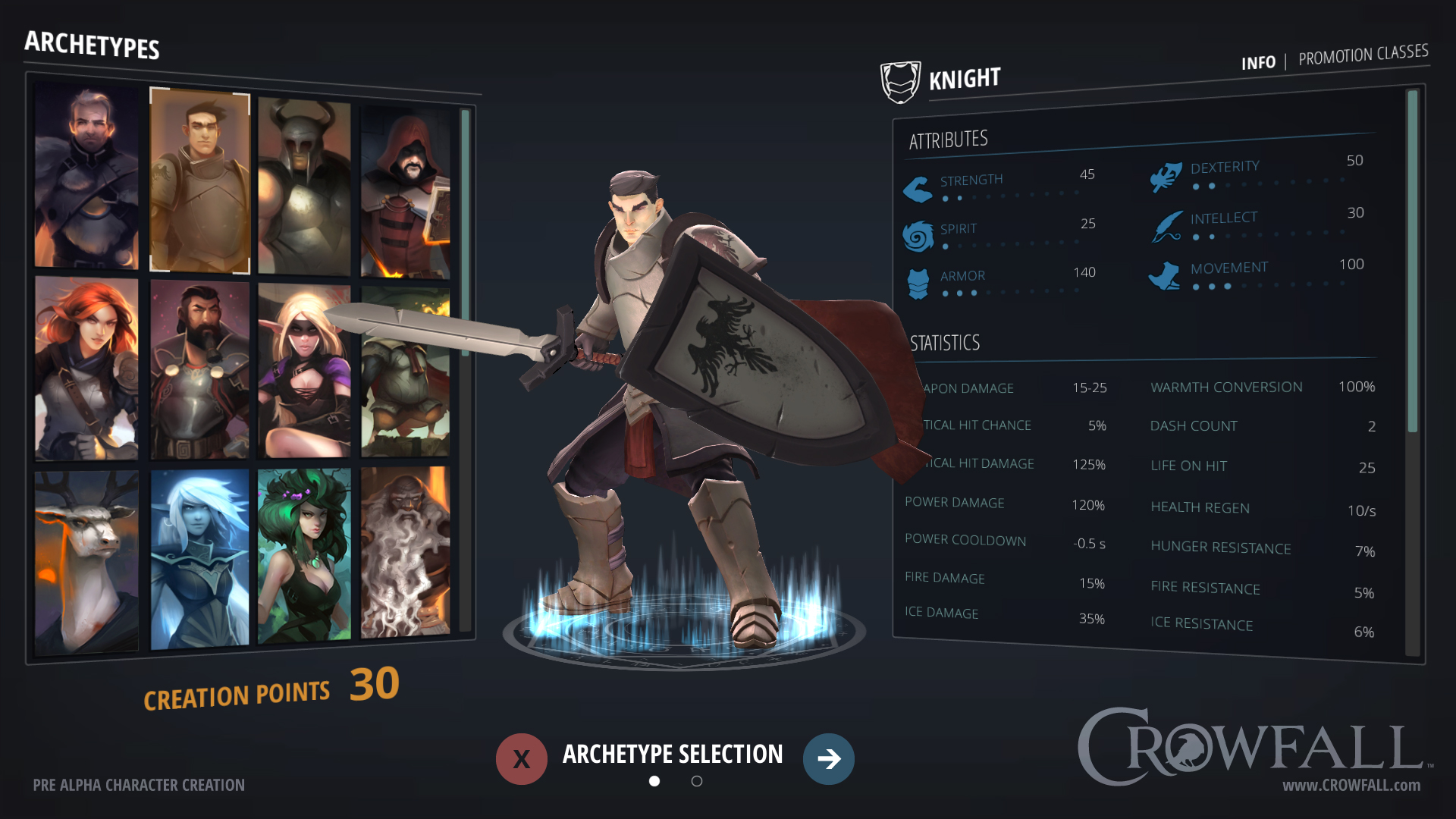 Happy hunting,
Todd
ACE
P.S. btw, don’t take any of these numbers as gospel.  Many of these values will change (probably have already) — and in fact, the scale will even change — as the various systems snap into focus.