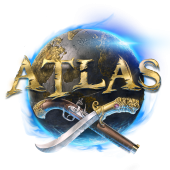 On the Horizon – Dev Blog

We hope you’ve been enjoying your sails on the Tradewinds and the other new changes we’ve brought into the game. In this post, we were able to take some time with the Dev team and have a few questions answered regarding the future plans of Atlas and what the rest of the year may hold. Again, we are in Early Access and the changes mentioned in the responses are subject to change. Although this may all just be speculation, we wanted to provide some transparency into the upcoming aspirations of the team. Once again, we’d like to thank you for your support and patience.

On the Horizon: Dev Insights

The Tradewinds in the latest update to go hand in hand with the recent map changes to help create more interesting strategic choices for players and companies.  The new map layout is intended to provide spaces that are desirable to all different player types.  New players are given better opportunities outside of the Freeport areas which allows for a more even spread of action.  Islands with valuable resources are spread across the map to make sure no one area is perfectly suited to all needs.  Islands with more valuable resources are in the North of the map, driving higher level players to that general area.

The Tradewinds provide for faster sailing times across large areas of the map.   Players interested in exploration, trade, or raiding will be able to find ways to use the Tradewinds to their advantage.  This will also push player conflict towards these shipping lanes and the islands near them, adding more opportunities for pitched battles over valuable resources.

What is the plan for PvP combat and balancing? Is there a philosophy that dictates what gets buffed, nerfed or removed?

We feel that PVP conflict should consist of interesting challenges and opportunities for both sea and land combat.  We want to drive the focus first towards fleet battles and provide ways to effectively defend your holdings with the ships you customize and build.  The ships you build will be able to blockade your island, with your opponents first having to deal with those defenses before they can safely make landfall.  Your fleet will also be your main weapon of attack – both to defeat your enemies blockade and to soften their land defenses.

In general our PVP philosophy focus is on counterplay – to provide options that are deadly and effective but can be countered with the proper tactic.  We want to see powerful options that players can use to attack their enemies, and equally powerful options the defender can access to counter them and fight back.  Ideally this allows for and encourages players to have different tactics available to them instead of always relying on one mainstay ability that works best in every situation.

What more are we going to see in the upcoming patches? Are we done with map/macro enhancements in favor of micro adjustments and additions? Is there new content that we can look forward to?

Updates are on the horizon for the game map, such as separating the map into regions with different geographical theming.  Piracy happens all over the world in Atlas, and players will be able to experience this more when they travel from an area of arid desert isles to a region of the world with tropical islands and crystal blue waters.  There is a system in design to allow for the capture and control of strategic resource points placed in the world.  These will unlock many capabilities for the companies who control them, such as structures which provide server-wide buffs you can share with all of your allies.  Some of these structures will require monumental levels of materials and time.  This all leads towards a long term goal of having large projects with huge collaborative efforts that companies compete over.

In the upcoming patches there will also be many new ship options.  Players will be able to customize more of their ship, starting with the midship portion of their modular ships – adding options such as gun ports, rowing banks, armor and more to the broadside sections of your vessel.  In future updates there will be more options for other components of the ship, such as new sail types and front and rear castle varieties.  There will be additional pre-built ships coming to the game, as well as a larger modular hull class that players can build. Players will have the ability to craft fleets that consist of vessels with different roles in combat and utility.  When two enemy fleets clash there should be a variety of ships and tactics at play, each one effective unless properly countered.

In the next major update we will see two new ship types – the Mortar Ship and the Turtle Ship.  The Mortar Ship will add a long range artillery option to ship combat, while the Turtle Ship is armored up to break through blockades.  You will be able to construct and customize these new classes of modular ships as well as the existing types in the shipyard. New BPs will drop in the world to allow the crafting of the railings, midship tiles, and ship types being added.  We want Atlas to become known for large, collaborative fleet battles that require the coordination of multiple players and companies.

Watch us scallywags on Twitch: http://twitch.tv/sailtheatlas

Plus ye can band with us Pirates on Facebook: https://www.facebook.com/playatlasgame