Flora and Fauna of the Steppes

Time to explore the flora and fauna of the New World! Today we are taking a closer look at the resources and mobs of the steppes.

One biome at a time, we are taking a closer look at the flora and fauna that can be found in the New World. What can you expect the biome to look like? What resources can you find? Which dangerous mobs lurk around the corner?

Today, we’re showing you what you can expect to find in your adventures through the steppes!

Biomes will look differently depending on where you are in the world. The more dangerous a zone, the more grim the land will appear. There are three different types, based on the Tier of the cluster (not the type of PvP zone!): Green (Tier 1 to 4), Red (Tier 5 and 6) and Dead (Tier 7 and 8). Here are the Green, Red and Dead steppes: 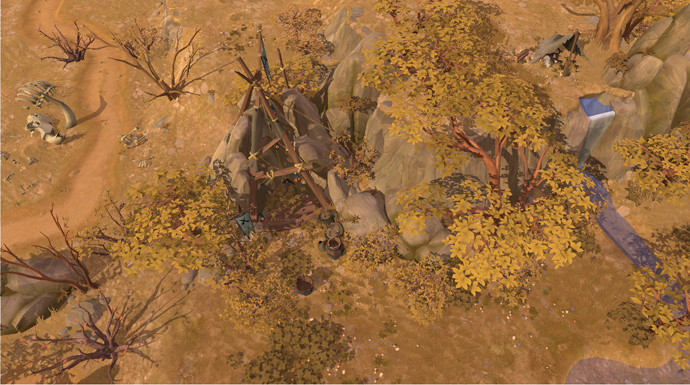 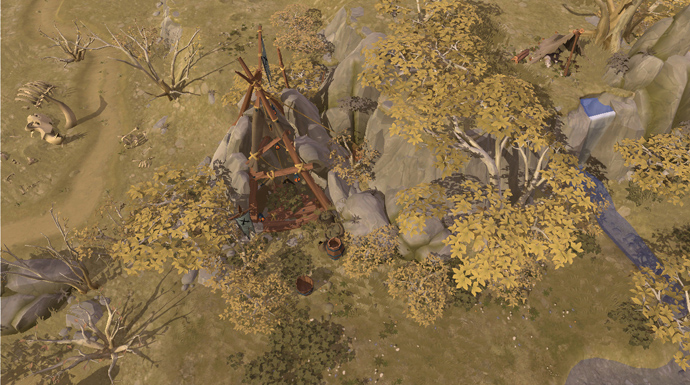 The different factions of Albion are not particularly fond of each other, which is why they each reside in different biomes. The only exception are the Heretics, which can be found in every biome, including the steppes.

The Morgana faction has claimed the more dangerous steppe lands as their own, building strong wooden forts to keep out enemies and protect their dungeons. In the steppes, adventurers can encounter Morgana mobs ranging from Tier 4 to Tier 8!

Every biome has three different resource-types. The most abundant resource of the steppes is Hide, which can be gathered from the various new mobs. Fiber will be commonly found as well, though less so than the hide mobs, and the rarest resource in the steppes is Ore – with higher tier stones and trees nowhere to be found. As in every biome, there will be (decorative) Tier 1 Trees and Stone though. 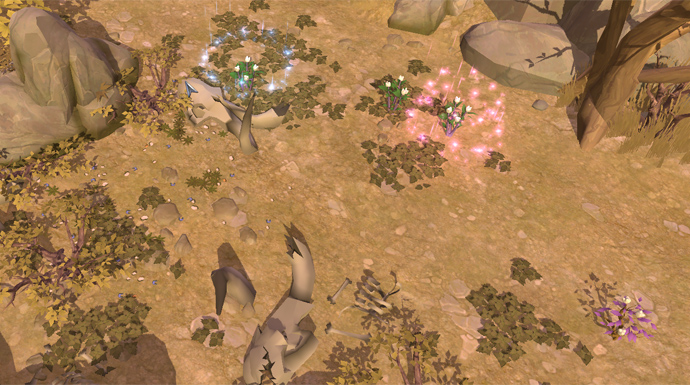 As the steppes have Hide as a main resource, there need to be mobs to provide that hide! Unlike current regular mobs, these animals do not guard other resources. Several of them will also be available as mounts, however not yet at the start of Final Beta.

Do note that specific mob and hide names might change.

The Marmot resembles a large squirrel and is basically harmless. Unfortunately we could not yet provide an image, as the Marmot is still a work in progress! Being the rabbit of the steppes, it can be skinned for Tier 1 Scraps of Hide. 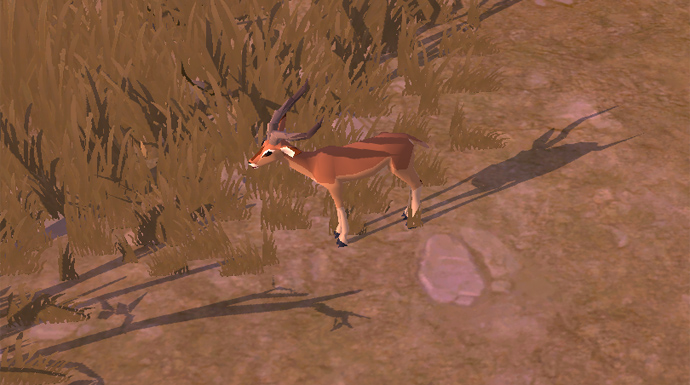 The Impala is very laid back and spends most of its day grazing the steppe lands. Kill an impala to skin its Tier 2 Rugged Hide. 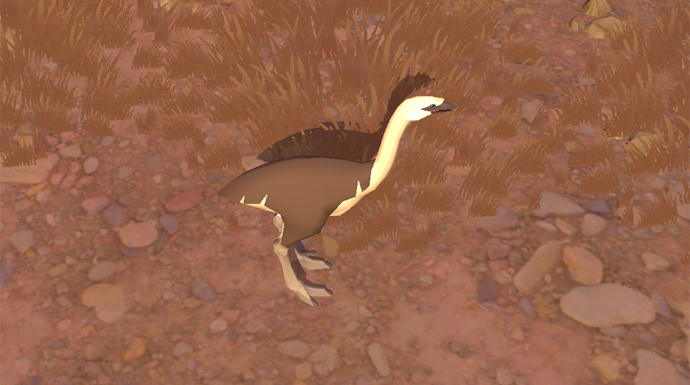 This giant, flightless bird somewhat resemble an ostrich. It can be skinned for Tier 3 Thin Hide.

The Giant Stag boasts an impressive pair of antlers, and upon death can be skinned for Tier 4 Medium Hide. 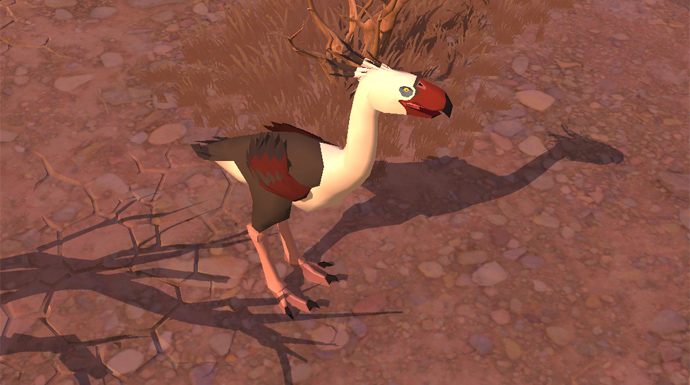 The Terror Bird holds true to their name! It is more aggressive than any other hide mob in the steppes, attacking adventurers on sight. This crazy giant chicken can be skinned for Tier 5 Heavy Hide. Ride it… if you dare!

The Rhinoceros has thick skin and a menacing horn, making it a tough opponent. It can be skinned for Tier 6 Robust Hide 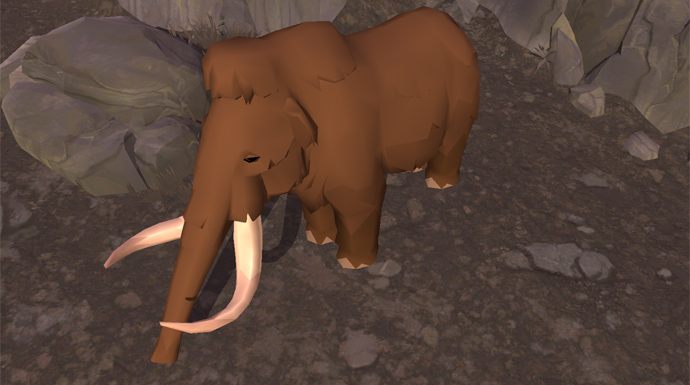 The wooly Mammoth might look fairly harmless and fuzzy, but should not be underestimated. This gigantic animal is not very aggressive, but is very dangerous once attacked. Take on this mob at your own risk! The Mammoth can be skinned for Tier 7 Thick Hide. 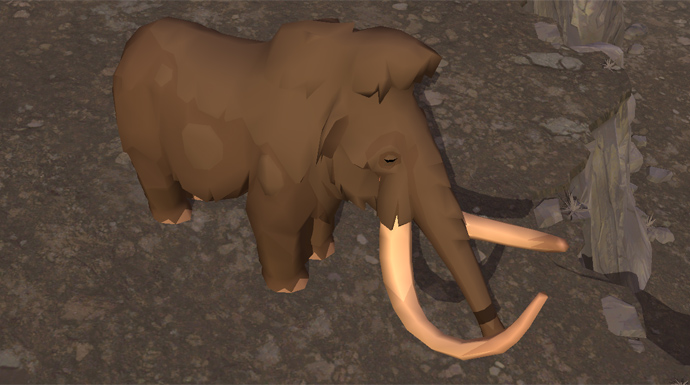 The Mammoth’s older brother, the Ancient Mammoth, is the most powerful of all steppes’ hide mobs. It can be skinned for Tier 8 Resilient Hide. 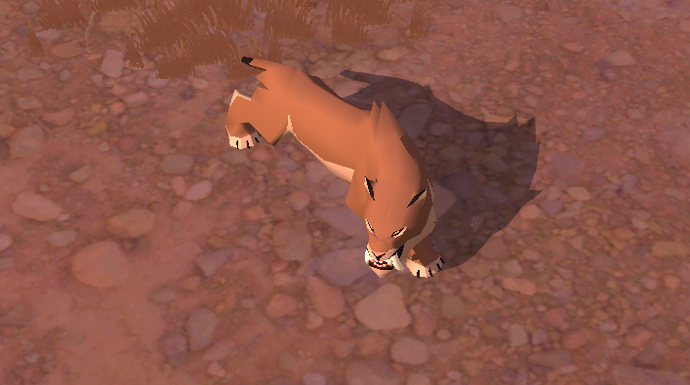 Critter mobs are mythical creatures, guarding Albion’s resources. They are deeply connected to the biome they are in and upon death, allow players to gather resources specific to their biome. The vicious Cougar, Sabretooth Tiger and Mature Sabretooth Tiger are the critter mobs for the steppes, appearing at respectively Tier 3, 5 and 7. Be careful, as these big cats are very aggressive!

Are you looking forward to explore the steppes? Which mobs would you like to see as a mount? Let us know in the comments below!