Cancel your preorders for New World.  The developers will NOT have PVP servers, and PVP will be toggleable.

The Evolution of New World’s PvP 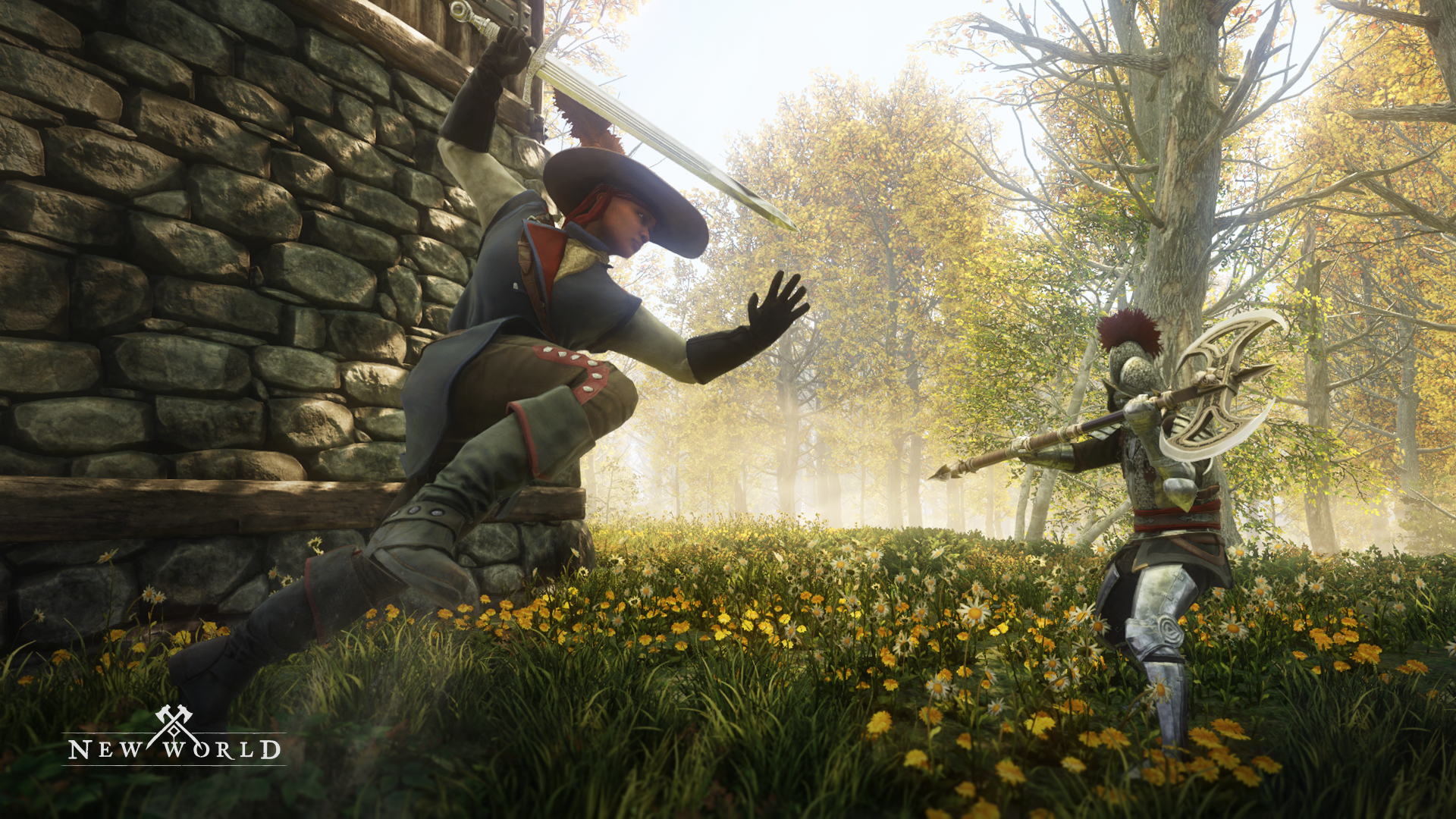 Last month, we premiered our “Aeternum Awaits” cinematic trailer at the Game Awards, announced our May 2020 launch date, and opened up Pre-orders. This was an exciting moment for us and kicked off our road to launch. The trailer led to a lot of new eyes on our game and also opened up questions about how New World has evolved in recent months.

To bring everyone up to speed, back in October of 2018, we began a Closed Alpha that ended in June of 2019. Our goal was to collect player feedback and gameplay data on a variety of features. Throughout the Alpha, we captured direct and anecdotal feedback from chat, our official forums, post-gameplay surveys, and play testing. We collected a ton of invaluable information that informed our planning as we went dark and continued development.

We used this feedback to find common pain points in the game. It was clear that there were concerns in the community about the impact of PvP (Player versus Player) on the overall gameplay experience. While PvP did change over the course of Alpha, generally, it was full loot and open world with only Outposts acting as sanctuaries. Everyone was vulnerable to attack, at any time, from other players in the rest of the world. In order to attack, players would flag Criminal Intent. If you died as a Criminal you would experience full gear and inventory loss. If you died to a Criminal you would lose all of your inventory but keep your equipped gear with durability damage taken.

One of the problems we observed with this system was that some high-level players were killing low level players, A LOT. Sometimes exclusively. This often led to solo or group griefing scenarios that created a toxic environment for many players. To be clear, this behavior was not shown by all PvP players, but enough to cause significant issues.

We set out to build a compelling world full of danger and opportunity that begs to be explored. The intended design was never to allow a small group of players to bully other players. Based on what we saw, we realized that we needed to make fundamental changes and not just incremental fixes, (which we tried several times during the Closed Alpha).

There has been speculation that we have moved away from PvP, this isn’t the case at all. PvP is important to us and we are committed to ensuring it plays a significant role in our game. To be specific, by PvP we mean, fair fights that are organized, skill based, and opted into by all participants. Not PKing (Player Killing), which is a predatory behavior that relies on exploiting another player’s lack of experience, progress, readiness, or willingness. So for those folks who desire that harsh PVP environment, New World may not be your favorite game, however, we do hope you enjoy the PVP we will offer. We are unlikely to provide PVP-only servers as it would divide our development resources and community, We could investigate this again at a later date but it’s not something we are going to support at launch. We believe that the changes and improvements we’ve made to the game since the Closed Alpha are far more compelling for the majority of players.

In the current design, players in New World experience PvP by opting into Faction conflicts and Wars for territory ownership. Opting into these PvP experiences will be extremely rewarding, often granting you exclusive in-game bonuses and rewards for your efforts. 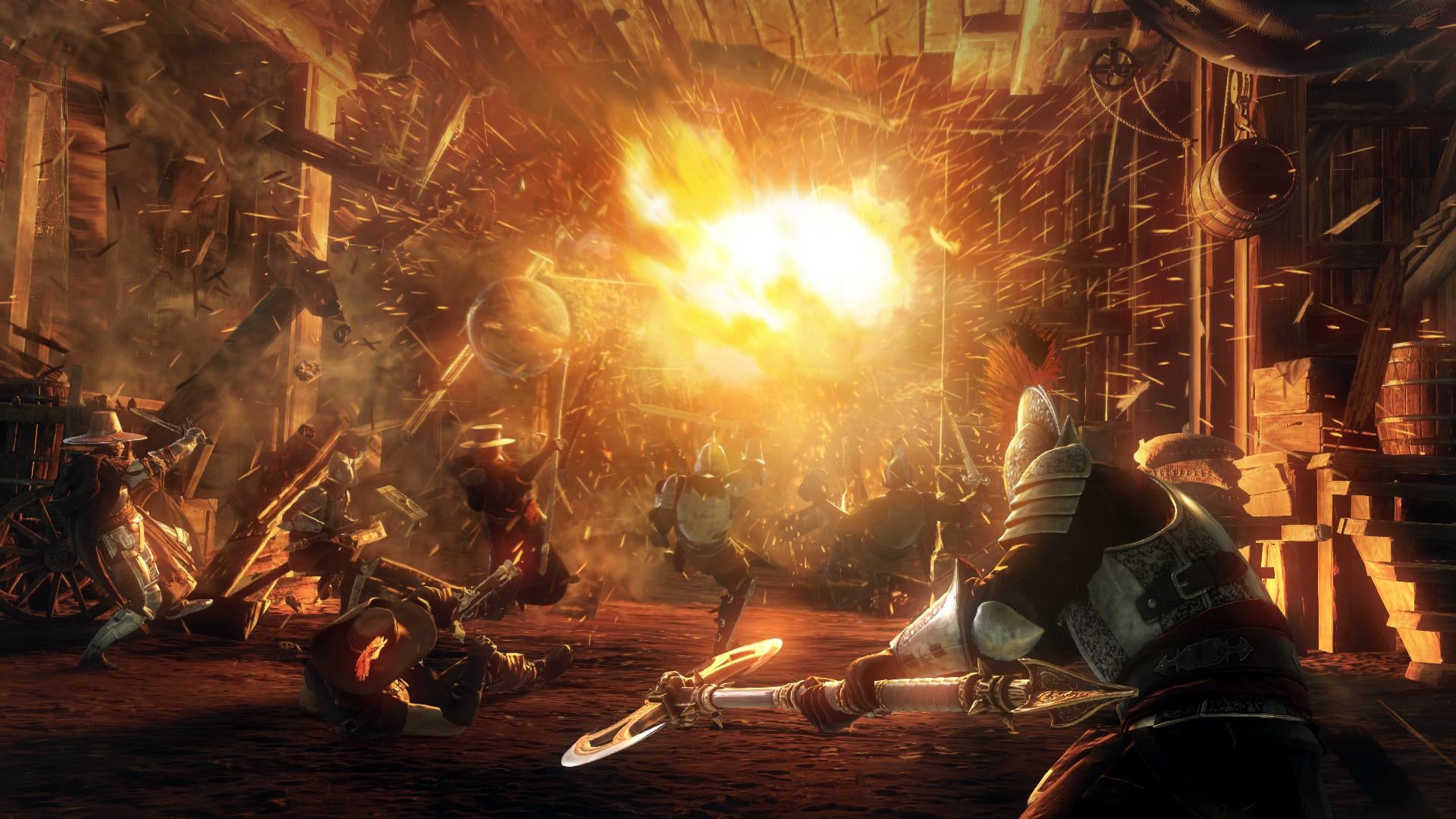 During Alpha, it was made clear that PvP War was one of the most popular features in New World. We’ve taken that to heart and doubled down on it, incorporating a lot of the feedback, requests, and blue sky wishes of our testers into the latest version. At a high level, War will be 50 versus 50 PvP battles by appointment. Companies will declare War on territories they wish to take over, draft a roster of 50 combatants, and agree on timing for the battle. The War will take place on a protected battlefield, keeping anyone who isn’t confirmed to participate, out. This helps ensure a fair fight, without distraction. During the battle there are two sides, attackers and defenders. Defenders will protect their claim flag which sits in the center of their Fort. The Fort is equipped with storage, crafting stations, and upgradeable wall defenses. The Attackers will earn points during battle to upgrade and build siege weapons and towers. The War ends if the Attackers are able to break through the gates and claim the flag, or if time expires. During the course of the battle both sides can earn points to spend on upgrades and gear.

Players who have homes in a territory at war will not lose any of their possessions based on the outcome of the battle. If you choose to sit out a war, you won’t be penalized for your nonparticipation but you also won’t be rewarded should your side win the war. Players on the winning side of the war will reap rewards for their efforts. We are excited to reveal more about Forts and siege warfare in future Developer Diaries and articles. 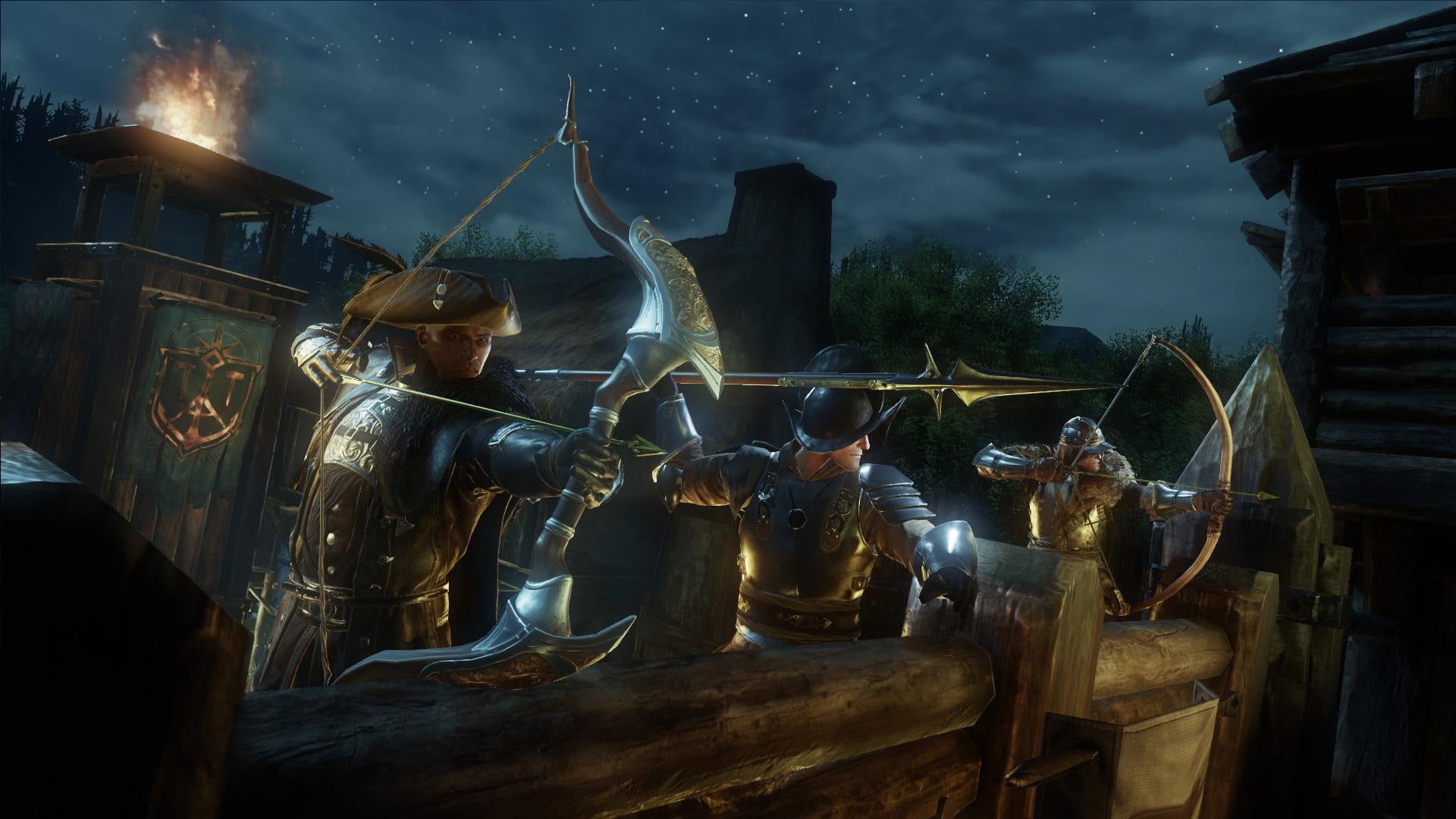 We have also invested deeply in PvE, creating many new features that pit players against challenging enemies, place them in perilous situations, and introduce new enemy types. This includes Corrupted Breaches, world events where the ground opens up and erupts with corrupted energy and enemies. Additionally, territory owners will need to protect their Forts and withstand an onslaught as waves of enemies attempt to bash theirs gates down and wipe out their Company. We believe all players will enjoy the directed content and PvE we’ve added. We will do a deep dive into all of New World’s core features between now and April, including more on PvE and PvP.

We appreciate your continued support and interest in New World. Hopefully this answers some questions. We will continue to have an open dialog with you about everything New World has to offer as we approach Closed Beta in April. Keep an eye on our social channels for the latest information on New World. See you in Aeternum!