Last year, Legends of Aria at PAX East was one of those games that had a smaller booth kind of tucked near a side wall. This year, their floorspace had expanded a little bit, which would lead one to think that the game, too, was going to expand. As it was explained to me by executive producer Jeffrey Edwards, however, the devs are taking a “less is more” approach. 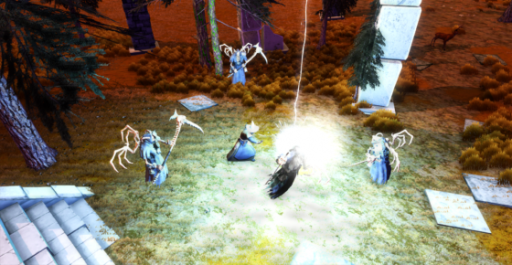 As you’ll likely remember, Legends of Aria has already gone through a couple of iterative shifts; first as Shards Online, which let players put together their own smaller MMO worlds, and now as Legends of Aria, a full-blown sandbox MMORPG. The game was also working on a quest system, but it turns out that the quests weren’t that interesting to players and so they’ve removed quests entirely. Overall, the training wheels have been taken off.