Gloria Victis has a way of downplaying its updates for its fiercely loyal tester playerbase, but this past weekend’s announcements deserve a spotlight. The star is the game’s new global event system, which spawns dynamic events and is already live in the game. Here’s how it works:

“The first one, which launches right after each PVP tournament, engages entire nations into sieging and defending selected town or castle. On this occasion we have also implemented siege camps which are temporary spawn points, allowing attackers to organize fierce assaults easier. Another event, which happens after the described siege, calls one nation to defend an NPC commander of a broken ally unit, while the opposite faction has to locate and kill him. This event introduced not only brand new location – river outpost build upon a waterfall – but also new mechanics. Mentioned commander is protected by large group of soldiers but attacking nation can clear the scouts’ camps scattered nearby to disable them from battle. Right now we are working on next Global Events which will launch either after tournament or capturing specific location, making world bosses to appear in response to actions taken by players. Many of these events will come to life with new locations, such as multi-level mountain fort which we are currently developing.”

The team has also reworked the PvP tourney map, introduced a wintry location to the game, and added high-quality workshops and “dozens of new items and crafting schemes” for crafters. Improved combat and emote animations are still en route. 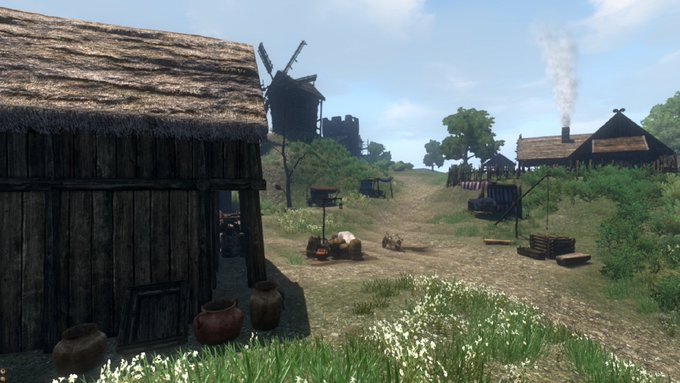