We have something special for you for Vallentine’s Day: movable catapults! Although it’s the first iteration of this system, we’re excited to see the sieges even more thrilling. We’ll be gathering your feedback and suggestions, as well as data from our servers and continue improving the siege engines. There’s also a brand new open world PVP event, another improvement to the crafting system which streamlines many processes and tons of gameplay improvements and fixes.

Happy Vallentine’s Day and see you in battle! 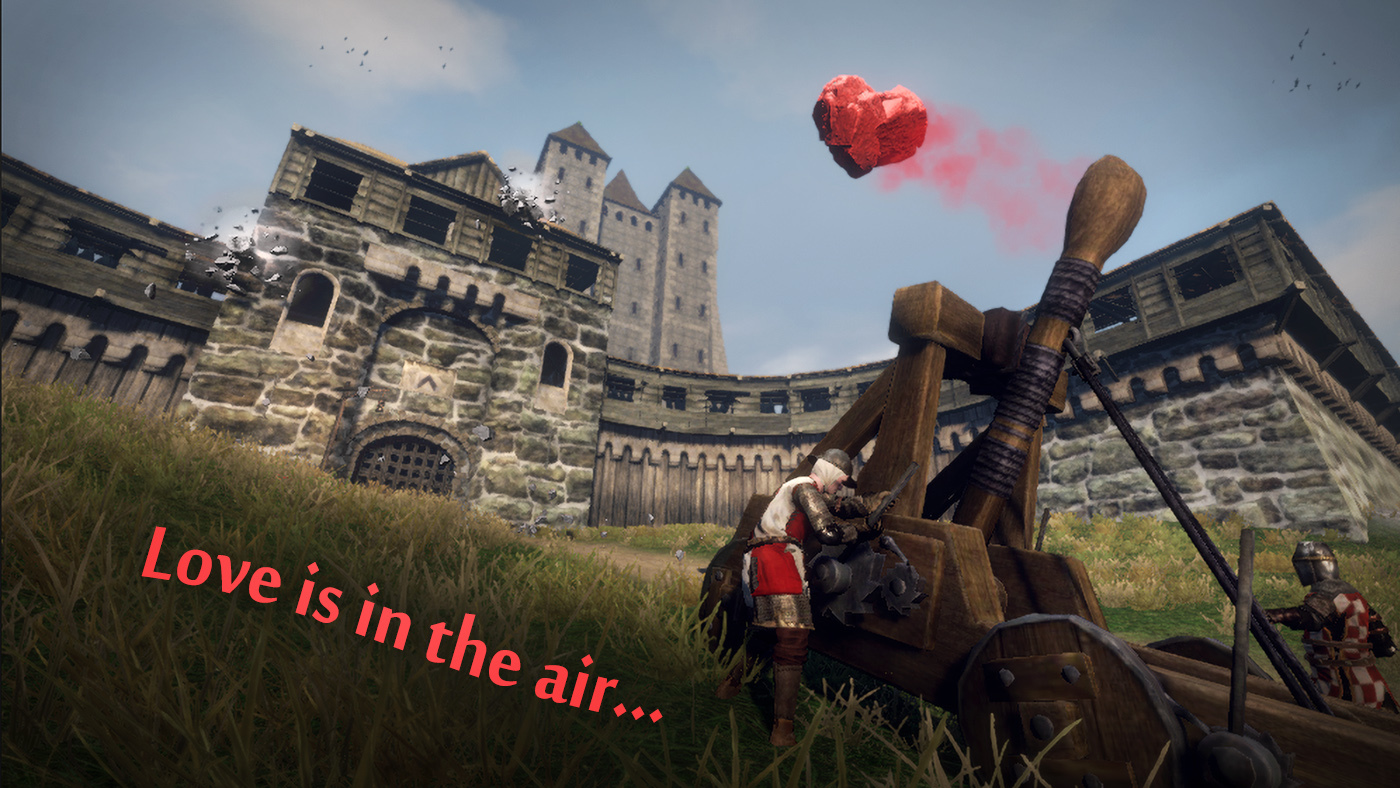 We soft-launched the 1st iteration of movable catapults. We’re aware that they’re not perfect yet and there are bugs but we’ve reached the stage when we need to see them in action to gather data for further improvements, which will be done in the nearest updates.

As the catapults are soft-launched, their damage is quite low for now. Soon, when they’ll be more polished, we’ll increase both the damage dealt with catapults and ballistas, and durability of upgradable buildings and fortifications. Right now the catapults are placed at siege camps near the nation-controlled castles: Blackrock, Waterford, Volkvar, Skogar, Dimar and Haddah. Temporarily catapults are respawning 5 minutes after being destroyed or when they are left unused for 5 minutes. We will soon introduce more advanced spawning system for nation-controlled locations, which will also help balancing amount of siege engines in the open world while they will still be accessible for the attackers, as well as for guild territories.

So, we invite everyone to try out the movable catapults! We’re excited with this feature, especially that it’s a huge step towards introduction of other movable objects, such as wagons, ships and mounts, as it contains the same core mechanics: attaching a player to a moving object and directly steering the object itself rather than your character. 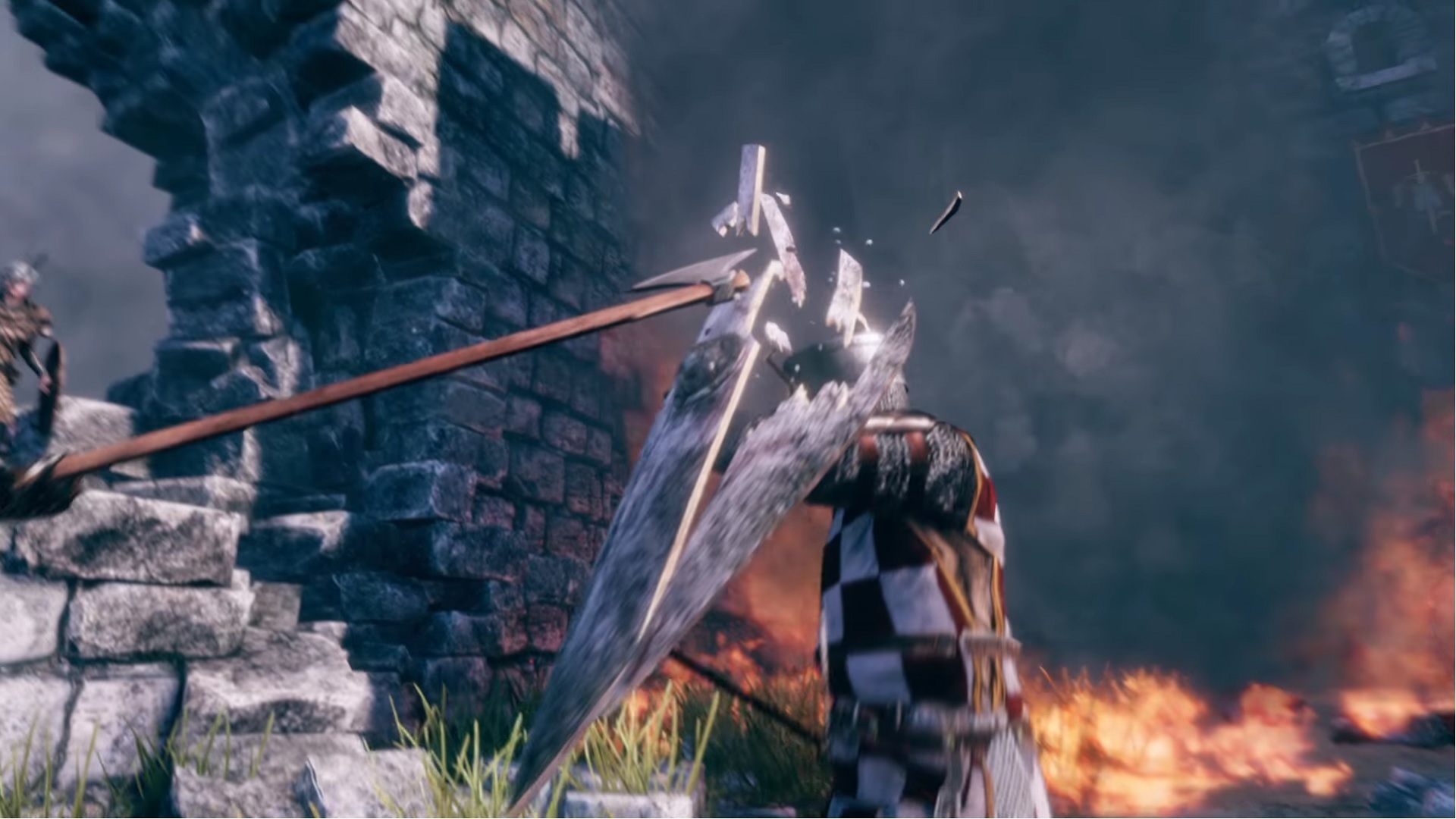 – Introduced the Deadly Harvest world event, in which all nations compete each other by capturing and controlling locations in the world – the event starts in the prime time of each server and lasts for 2 hours, during which even a dominating nation can’t gain more advantage than 20% over the next nation’s score; we believe that this event will encourage more open-world PVP battles not only during the prime-time but also before the event starts, as well as increase value of the player’s nation territories [please note that this event doesn’t affect the loot and non-loot areas – it happens in the entire world as it is]
– Introduced a 2-hour long cooldown on the fortifications downgrading when a given location is being captured in order to increase the value of the player’s nation territories
– From now on, the Great Hunt event in the Ismirs’ area is located in the safezone instead of non-looting zone, as it is for other factions
– Added a river surrounding Leaktown to create the natural obstacle for catapults coming from the nation-controlled locations and to improve the landscape
– Updated areas of the nation-controlled castles (Blackrock, Waterford, Volkvar, Skogar, Dimar and Haddah), creating roads for catapults coming from siege camps
– Changed position of Dimar Lumbermill, moving it closer to Dimar Castle and updating the latter’s surroundings
– Updated positions of the siege event spawnpoints for attackers at Blackrock Castle, Dimar Castle and Rodrock Fort

We introduced another iteration of streamlining the crafting processes, updating the flow of creating medium and heavy armors. List of changes:
– Removed Maille materials – there were 26 types of Maille which were of the same tier and required the same materials, so they were inconvenient to use; from now on, recipes require appropriate amount of metal bars for given tier instead of Maille
– Each player received steel bars in exchange for the removed Maille units – the ratio varies from 1:8 for 3in1 Maille to 1:1 for Dragonscale and Kings Maille
– Removed Small Rivets – each player received steel bars in exchange (ratio is 1:48)
– Updated recipes of all medium armors which require metal or Maille due to mentioned change done to materials
– Updated recipes of all heavy armors due to mentioned change done to medium armors, since many heavy armors require medium parts to be created and the top-tier medium armors are now more expensive to create
– Updated balance of medium and heavy armors recipes, so their levels now match required materials and the product’s value and tier
– Added possibility to use materials in heavy armors recipes as an alternative to required medium armors (i.e. when crafting a heavy chestpiece, you will be able to use steel bars instead of required chainmail)
– Updated the amount of fuel required in the armorsmithing recipes, so now it matches the recipes’ level
– Unified the workshops required by bows recipes
– Updated workshops required by Herbalism and Alchemy recipes 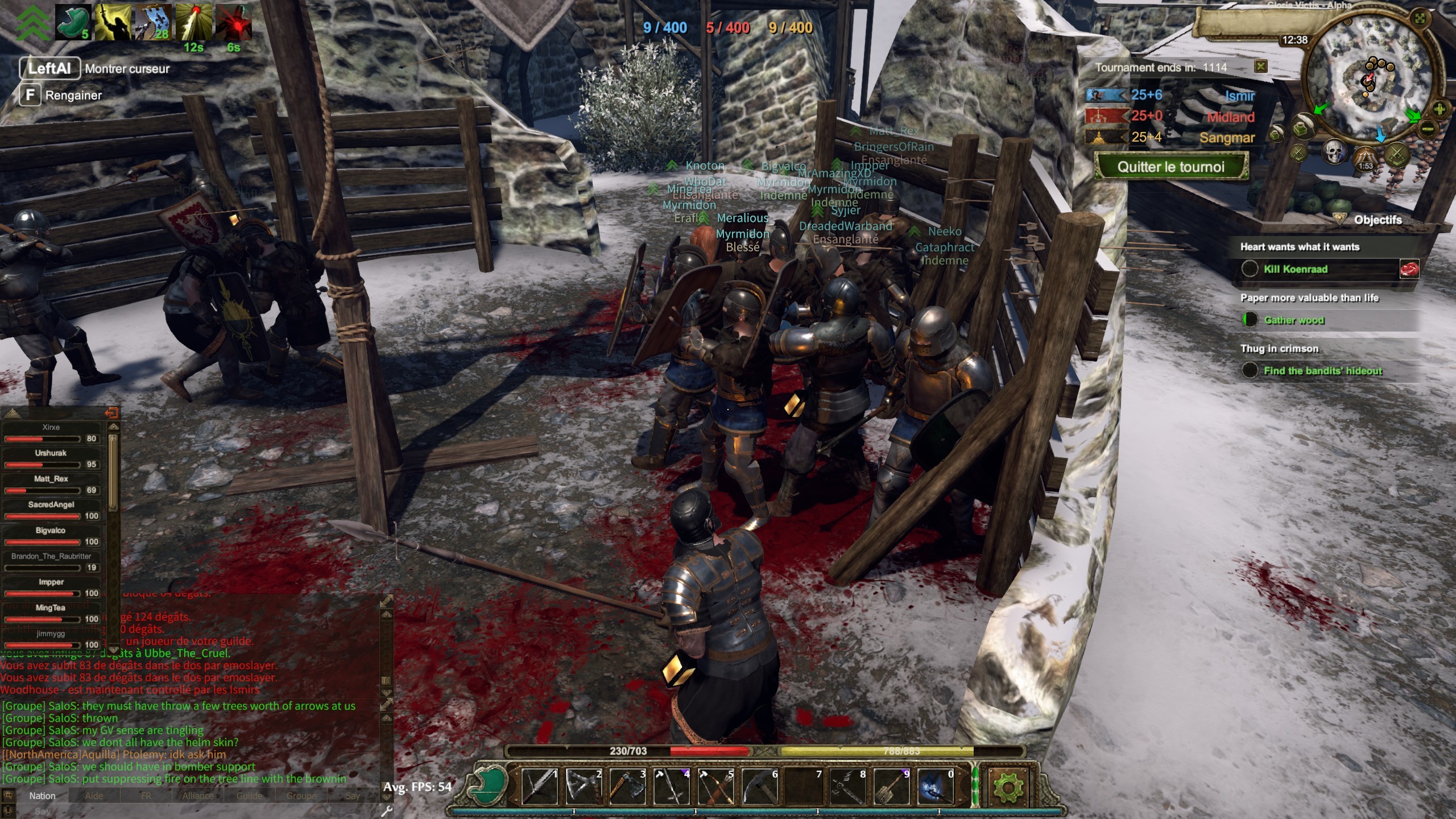 – Client-side optimization which reduced the amount of required RAM and VRAM by 200MB – it will be especially noticeable for players using video cards with 1GB VRAM
– Reduced the bleeding effect’s max stacks from 15 to 12
– Improved the falling down mechanics – if a character will get stuck in the falling state while standing i.e. on the top of a wall, it will be unstuck within up to few seconds
– From now on, a staggered character moves with walking speed instead of marching
– Introduced the rewards threshold in selected world events: Brandon, Ragi and catacombs; if there are more players than the threshold, the amount of gold and Contribution Points received by a single player is reduced (but there’s no clamp); the change was done because these events could generate significant inflation of both gold and CP when done by large groups and rebalancing their rewards would be very negative for a single player – this way, only large groups will notice that the rewards are reduced
– Updated many models of helms and shoulderpads to fix models clipping through each other
– Temporarily, the furs with bear/goat heads disable displaying the character’s shoulderpads
– Added confirmation box for changing the account’s nation
– Added descriptions of available options when selecting the character’s origin
– Added missing minimap icons of the quest givers and food vendors
– Added notification displayed in the main menu if the player’s Steam client isn’t up-to-date – in such a case, the Steam’s restart is required to log in