I wanted to take a few minutes (and words!) to recap what’s happened over the past few weeks and give everyone an update on what to expect moving forward!

So, what’s been going on with team? The month of May was pretty much all about the big character and claim wipe, and then fixing issues that were introduced or discovered immediately afterward. Things have mostly settled down and the team is hot on the heels of the remaining high priority bugs. As soon as we get them fixed, we’ll get them out as soon as we can.

As the team has wrapped up the various pieces related to the wipe and the bugs associated with it, we have been shifting our focus and resources over to work on the highest priority tasks and systems that will be used in EverQuest Next. While we do this, we’re working in areas with high amounts of creative risk. This means that while we know what we want to do, we know it will take an unknown amount of iteration, tweaking and sometimes drastic direction changes to get these in game and working the way they need to. Because of this, we simply cannot commit to any dates, because until we get much closer, even our best estimates are educated (but still fairly wild) guesses.

This also does mean that any features that are Landmark-only are lower in priority and will have to wait until we have time to come back to them. So, as we shift our focus and development to EQN, it just doesn’t make sense to continue with the Blueprint, since the goal of that has always been to provide short term, concrete plans of what you could expect and when, and that isn’t something we can reliably estimate at this point. When we have a better idea of timing on the various pieces, we will make sure to let everyone know.

This does *not* mean that the team isn’t hard at work on things that will eventually make it into your hands. We *absolutely* are! Essentially, as we develop tasks and systems that are in a state fit for Landmark, we will get them into the game with an update. We still want and need your feedback on what we’re making in order to make sure both Landmark and EverQuest Next are as amazing as we all want them to be. You can fully expect updates and hotfixes to Landmark as we continue with this development process; they are simply going to be on a less regular schedule than you guys have been accustomed to over the past year or so.

Landmark and the player community are very important to us and will continue to be essential in the development of EverQuest Next, exactly as we’ve promised from the very beginning. In fact, here’s a quick peek at how we’re using some of the amazing creations you all have made as we build EverQuest Next. 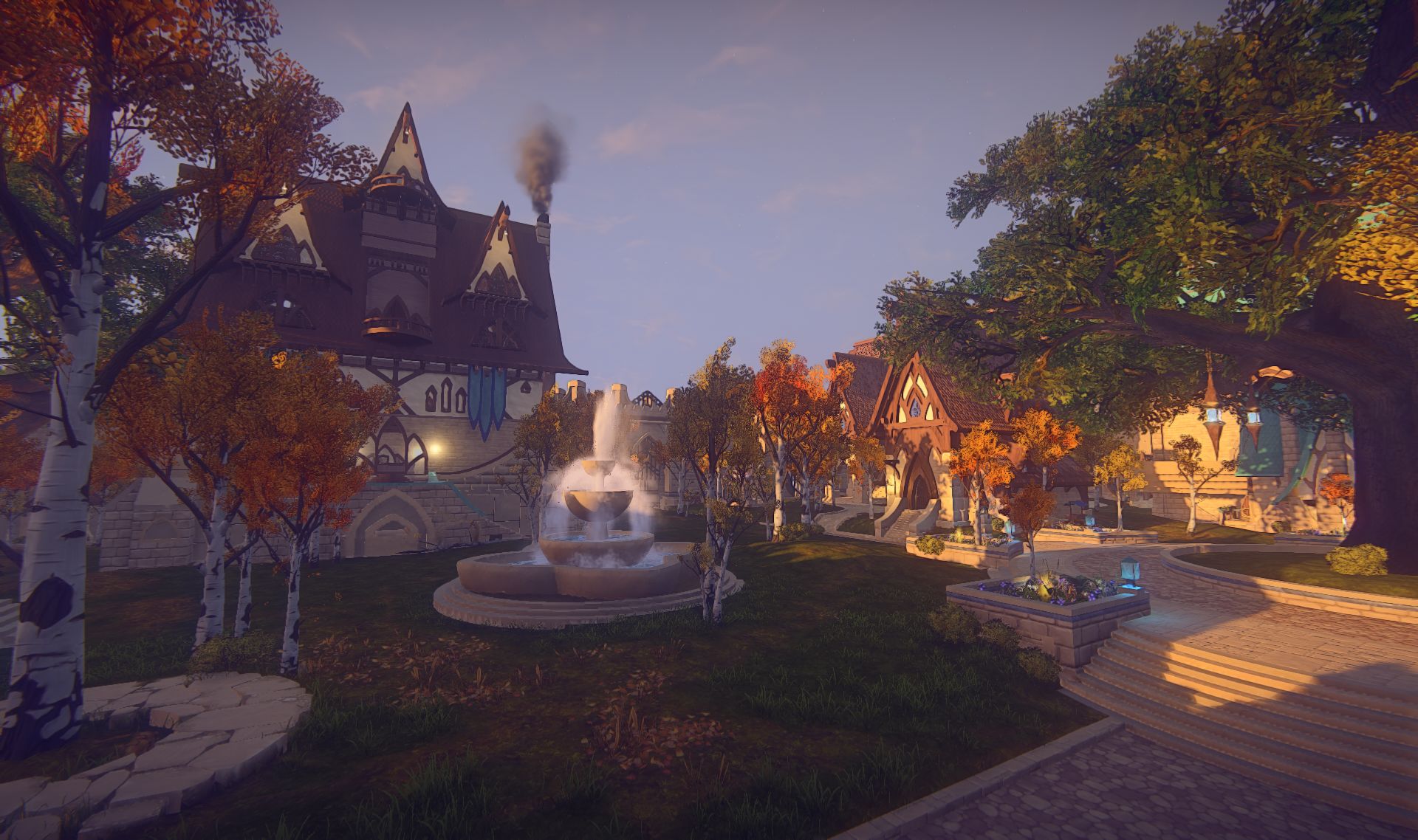 This is only the first small glimpse of what’s to come and I look forward to seeing how everything comes together as EverQuest Next continues to take shape over the rest of the year and beyond. Also, before anyone asks, I want to clarify that although we are shifting our primary focus to EverQuest Next, this does not mean the game will be coming out this year.

We WILL be continuing with the Workshops, so keep an eye out for those! And when we have a bigger update, we’ll also schedule a Landmark Live to get together and chat like we have in the past! More fun times are definitely ahead!

Whenever we have information to share, we’ll continue to keep everyone up to date on the forums, twitter, reddit, Facebook and any of the other usual means of communication. Make sure to check in regularly to find out what’s going on with the games and with the entire team (both the employees AND the community)!