HUNGER DOME 2: WE AIN’T GOT TIME TO BLEED

My, how time flies!  Why, it seems like just a few weeks ago that we announced the Hunger Dome pre-alpha testing…

And yet here we are, starting to talk about the NEXT phase of testing?!

Yep. It can’t be helped — time waits for no one. We can’t slow down development to pat ourselves on the back for hitting our first date.  We have an MMO to build!

Now, let’s talk about what’s next.

First up, we need to wind down the Pre-Alpha Combat Milestone 1.0 Test. Sometime around the end of the month, we’ll put the test server on ice and go back into development mode. After four weeks, we will have enough data to know what is working, and what we need to fix. The fastest way to fix it – and move forward towards launch – is to let the team concentrate 100% on development.

Our plan is to have a few tracks in development: stuff that we want in the NEXT round of testing, Milestone 1.1, and additional stuff for the following round, Milestone 2.0.

Here are some details about Milestone 1.1:

We are mostly keeping a lid on the details on Milestone 2.0 at this point, but here are a few teasers:

As with the first test, we will continue to allow testers access to both of these phases without an NDA.  Yes, we are crazy – but we have fully embraced the idea of transparent development, and we want our backers to be completely involved in the development process. Come be crazy with us!

As we mentioned, here are the next two archetypes on the horizon: Champion and Ranger.

As before, remember the goal: limit the number of variables so that we can test exactly what we need to test to learn what we need to learn.  (Do less, but do it better!)

In the coming weeks, we’ll be drilling down on each of these combatants to give you more detail on them: art style, lore, power and skills.  Here’s a quick summary, to get you started. 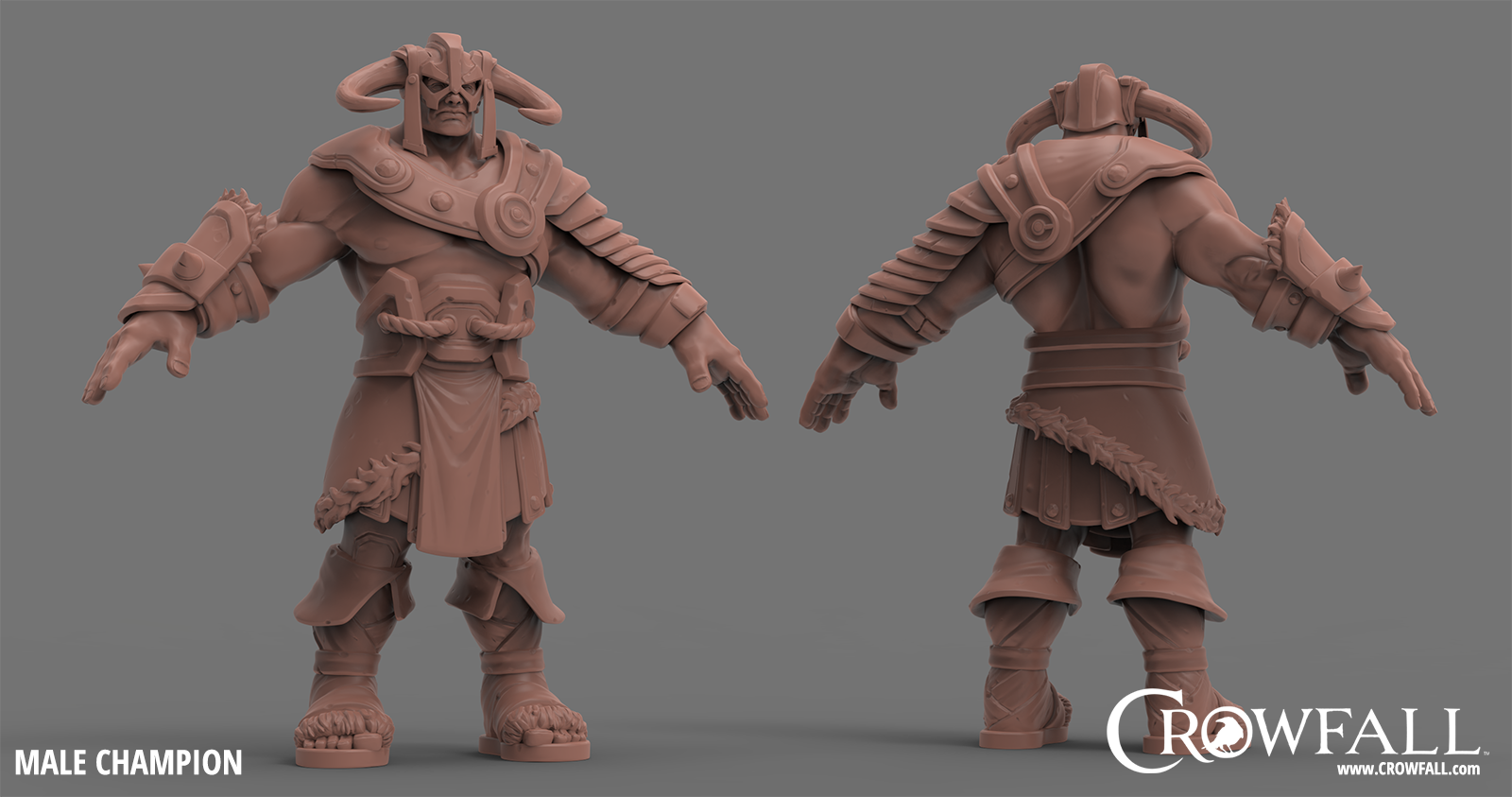 …is our front-line, damage dealing powerhouse.  He isn’t as defensive as the Knight, or as mobile as theLegionnaire – but what he doesn’t have in defense, he more than makes up for in his raw ability to chew through his opponents. If you are looking for a straightforward, unapologetic skull-crusher, the Champion is the archetype for you. 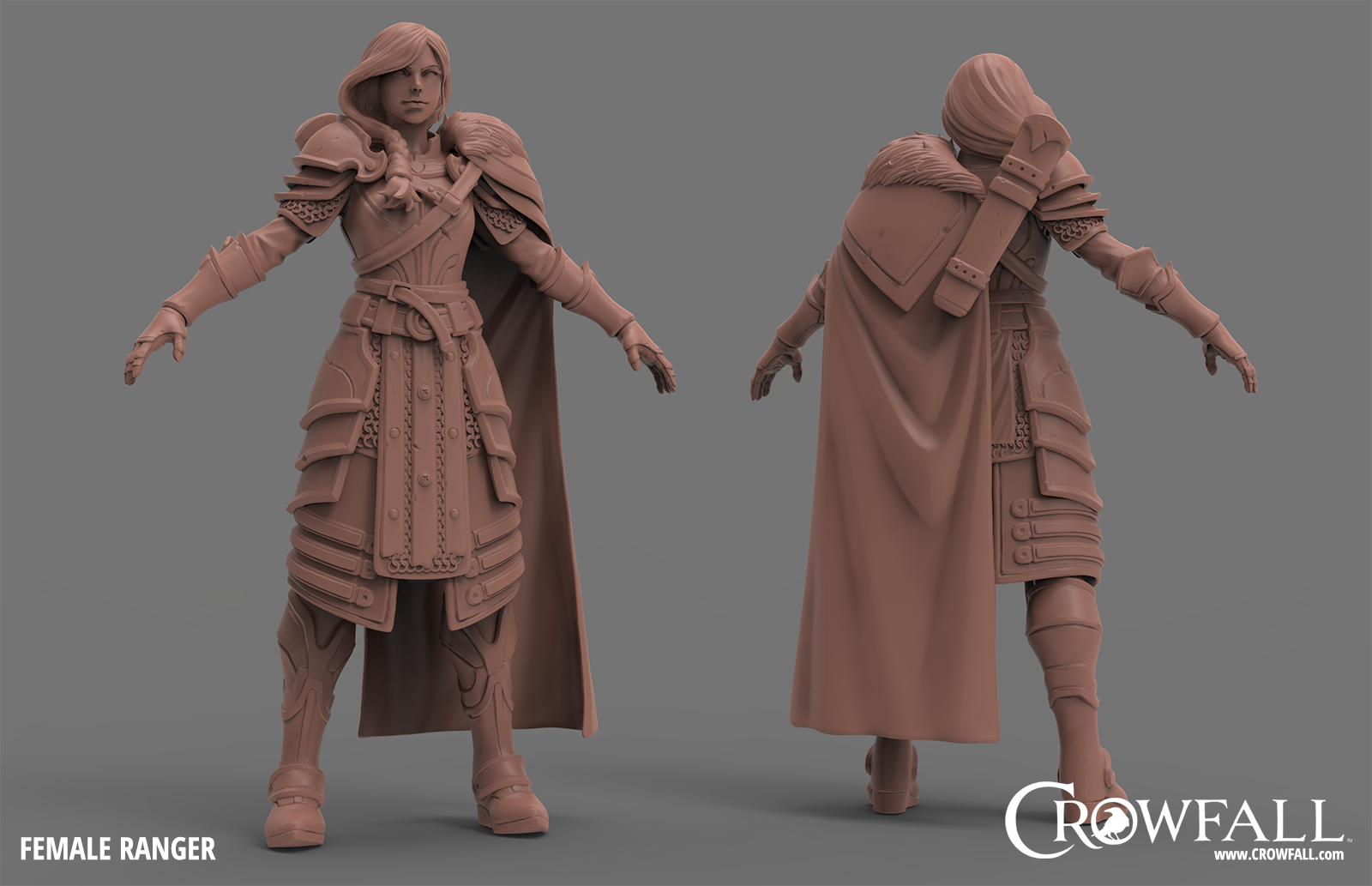 The Ranger is our first stealth class!  We decided to include the Ranger in the test because she gives us twodifferent (and very complementary) features to test: stealth (and the corresponding anti-stealth) activities and ranged physical combat powers. This archetype has a unique gameplay style as she is well-suited for scouting, laying traps, sniper combat and leans a bit closer to solo play (…though, to be clear, she will still likely need a great team to survive in the Hunger Dome!)

We’re really excited to be moving on to Milestones 1.1 and 2.0 and we hope that you guys are, too!  Don’t forget, between now and then we will be releasing a ton more information about these new combatants, talking about the features that we’re adding, and keeping you appraised of the project.  So, as always, keep an eye on the forums and don’t hesitate to share your thoughts and ideas!