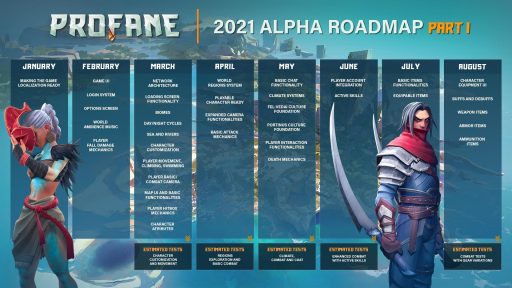 With these adjustments, players will have 140 attribute points to spend instead of 60, and spending those points will have more of an impact: Spending a point on Constitution increases HP by 20 instead of by 8 while increasing Dexterity ramps up critical strike chance by 0.15% instead of 0.05% for example.

The update introduces the rapier skill, gobs of unique weapons and armor pieces, better repair mechanics, hefty tweaks to the food mechanics, tweaks to elite enemies, improved visual models for some mobs, and adjusts enemy AI. You can read the whole set of patch notes over on the official site.