Starting between now and Friday, October 16th, ArtCraft will be working with the Unity engine team to record information and focus on targets to improve Crowfall’s performance, and they need as many live players as possible to take part in several specific fort and keep sieges. As an incentive, those who have played for at least six hours in total on the Live server between now and Sunday, October 18th, will get a unique Hero’s Tankard item that grants a 2% damage bonus when equipped.

Today has been the announcement of the Amazon gaming subsidiary in charge of Crucible and they confirmed that Crucible is on its way of being shutdown. It appears that they are also mentioning their intentions of moving the development team to AGS Orange County in charge of the upcoming MMO New World (previously teased as a Survival Online recently changed to Open World MMO).

It’s still hard to know if those changes are good or not since we barely know what the people joining New World are capable of; anyways a significant amount of developers will soon be part of the New World project in addition of the current development team.

Prepare for battle as a new Dregs Campaign, Aliepo, erupts!
Brave Crows must fight for victory before the world is consumed by the Hunger!

Imports: 15
Exports: 50
To enter this Campaign you must be Level 20

Win Conditions: The faction or Guild who earns the most victory points by the end of the campaign is declared the winner by the Gods!

The Warlock is a pet class that brings a variety of summoned defensive friends to the battlefield including Warg Hounds and a Daemon to guard a location, along with a fully controllable Familiar that follows player commands. The Warlock itself, meanwhile, can curse enemy minds, reducing speed, stats, and damaging them over time, while the class also comes with skills that help it regenerate mana and health over time.

The concept is pretty simple: Players see a feature or a development focus that they think the devs should work on next, they click that suggested link, and they press the “Upvote” button. Features have a variety of tags associated with them, including “pinned” features that are in active development, “planned” features that are already in a roadmap and planned to be released into the future, and an “under consideration” pin for features that may or may not be implemented depending on popularity.

Refer One Friend and Claim a Panda Mount Skin

A new referral season is here! From now until December 1, refer your friends and claim your very own Panda mount skin. This skin transforms your Direbear base mount into a fuzzy, ferocious Giant Panda – and once you’ve unlocked it, it can be used by all characters on your account forever.

The current referral season lasts until maintenance on December 1, so you’ve got until then to refer your friends and claim your rewards. 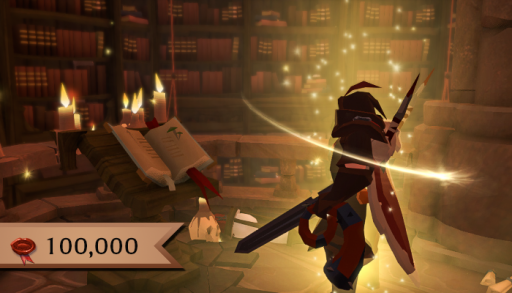 How to Earn Seasonal Referral Rewards