The alpha test will have three pre-alpha preview tests, with the first two kicking off on December 18th and February 19th for four days and the third starting on March 19th for a week. The first two tests will be under NDA lock and key, but the third will have no NDA. Finally, the actual alpha one test will launch on April 6th for one month. The pre-tests are meant to iron out bugs for alpha one, while the actual alpha one test is intended to test the game’s base mechanics. 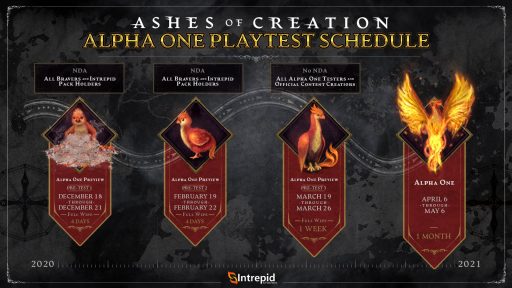