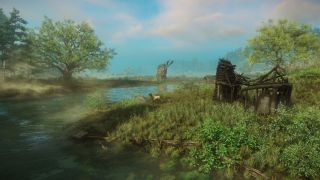 Amazon has shared a further look at its MMO New World, where hundreds of players will war over a newly discovered supernatural continent, building forts, setting quests for other players and battling over territory. Amazon Game Studios also revealed on Twitter last week that it has started inviting players to its alpha test at random, from people who signed up on the game’s website.